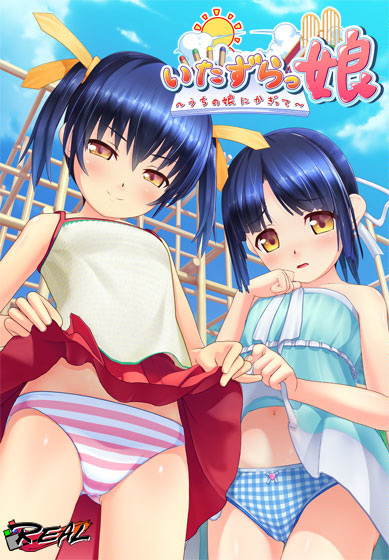 Keisuke one day gets up from a dream of her late girlfriend, who he has separated from for ten years. It was a tough separation, but due to financial issues, it was inevitable.

Now employed as a reporter and thirty years old Keisuke, he lives solely for his job and has completely forgotten about his longed dream of becoming a photographer.

That day, as soon as he got home from work, he found two young girls at his apartment’s door calling him “Papa” and “Otou-san”. To not arouse suspiction and misunderstanding in his neighbour Azusa, he let them in and found out that they were his ex-girlfriend Haruka’s daughters who she gave birth just the year they got separated.
And due to her death, they have nowhere to stay.

Now’s your choice, to be a good father or an evil one.

Every route has its peculiar scenes.

Read this before asking technical issues on #help-chat discord server
Installation
>You need winrar to extract the files and input the password
>if the game was pre-install version, you only need to run game.exe using system japanese locale or locale emulator (Read this)
>If the installer using  .mdf, .iso format, you need to mount it using daemon tools (Read this) and use the following guide :