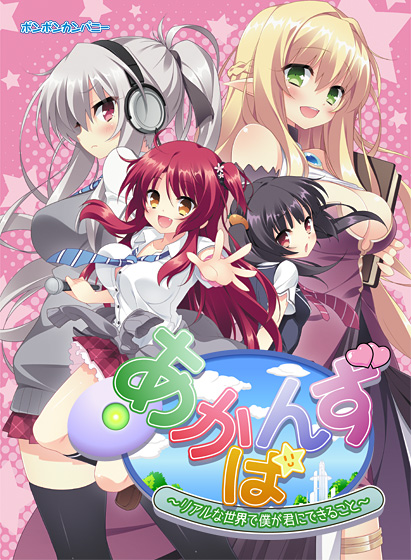 Kenta was a normal guy until he was introduced to the popular MMO Alpha. Since then, he’s been totally addicted to it, glued to the game except when he is sleeping (at school). The game basically took over every minute of his life. All his friends and classmates, and even his childhood friend, didn’t talk to him any more. However, this didn’t concern him as all he needed were his friends on Alpha, the ‘god players’, who are just as addicted as him.

One day, the GM offered a special mission to the players and he pulled an all-nighter and cleared it. His satisfaction from completing the quest was quickly replaced with despair as a voice told him that he was too addicted to the game and his character was deleted. The fruits of 3000 game hours had been wiped out in an instant and he felt as if his soul had left him.

Suddenly, a beautiful girl appeared before him. She introduced herself as a civil servant and that he will be enrolled in a rehabilitation program for people addicted to MMOs. Of course, he was angry that his precious character had been deleted, so she told him that if he completed the program, he would be able to get his character back. Immediately, he agreed to join without fully understanding what lies in store for him.