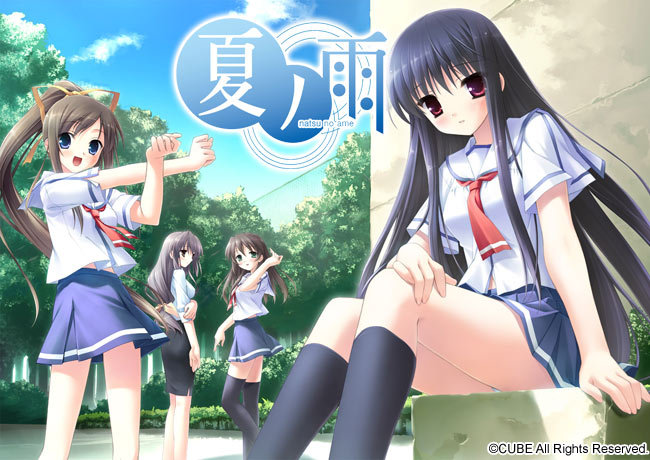 The plot of Natsu no Ame revolves around Sousuke, a soccer loving idiot who spends his days practicing with his two friends, Takeda and Midori for the day when he is allowed to return to the soccer club he was forced to resign from.

The story begins with Sousuke recalling a memory from his past where he pondered what qualifies as a first love, thinking about a young girl he teased almost to the point of tears as a child. Upon snapping back to the present Sousuke is made aware of a beautiful girl busy with her cellphone. After knocking her out of the way of on oncoming motorcycle he finds that he had also sent her cellphone into the river.

Being the nice guy protagonist that he is Sousuke then goes into the river to find her cellphone, however when he gives up and she tries to help him out he ends up pulling her in as well. First impressions aside he then finds out she wanted to know where his school was as she had just transferred in. Undaunted by his earlier screwups Sousuke decides to be a man and instead takes her on a tour of the town before finally dropping her off at school. In the end it seems he managed a favorable impression afterall!

Upon returning home he finds the very same girl in his home… where his mother informs him that she is his long lost half sister! 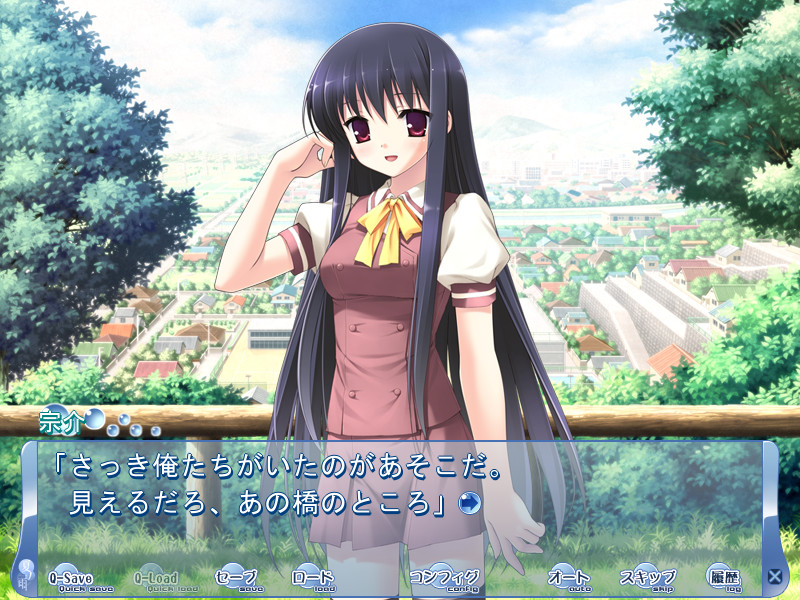 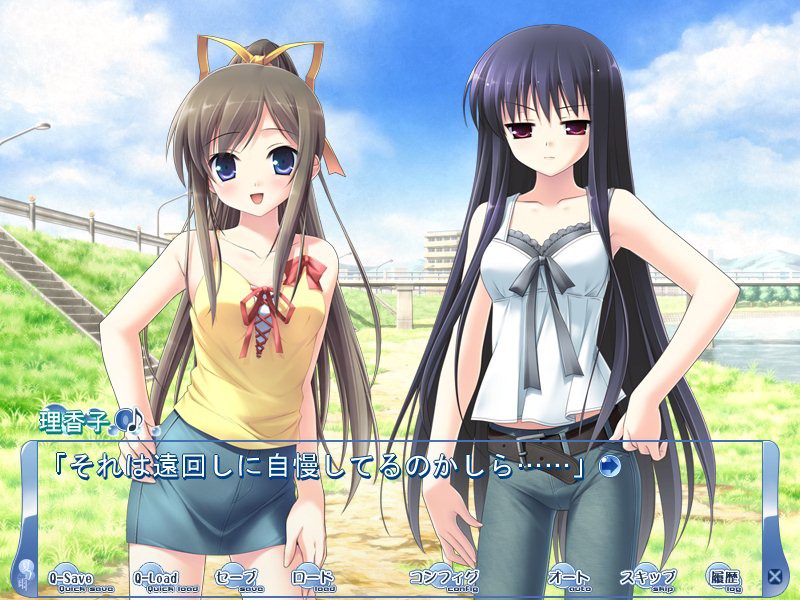 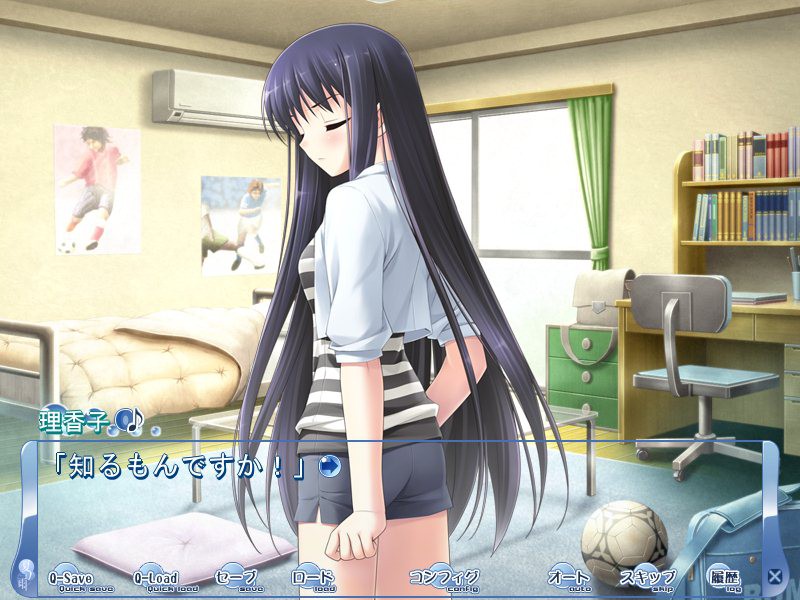