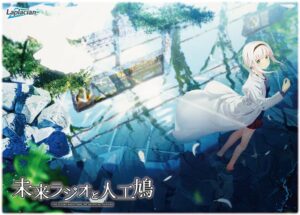 Yamanashi Sora redevelops the radio while tinkering with some components.

That day marked the fifteenth year since the artificial pigeons started consuming electromagnetic waves.
Sora began broadcasting with the radio left to him by his father.

The next day, after his first rocky broadcast, a mysterious message is picked up by the radio.

“This is a follow-up report on the Firmament’s fall on August 1st. The death of a civilian named Yamanashi Sora has been confirmed at the former site of Terminal 1. A number of injured people has also been confirmed in Nariyama’s International Sky Academy.”

It’s a radio broadcast from the future.

After listening to the ominous broadcast, Sora steps into the terminal for the first time in fifteen years. It was the former gateway to Japan, the same place where Sora lost his parents. The building was in ruins, a shadow of its former glory, now a nest to countless artificial pigeons. There, Sora meets a silver-haired maiden. She looks straight at Sora, gently brushing a still artificial pigeon’s head with her finger.

“Because I have decided so.”
“Because I want you to…. look up at the sky and smile, Sora.”

This is how Yamanashi Sora and Hazuki Kaguya met. 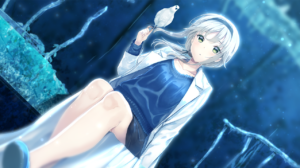 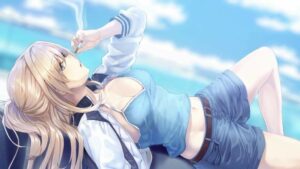 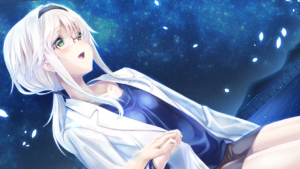 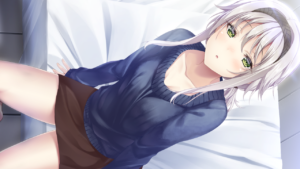