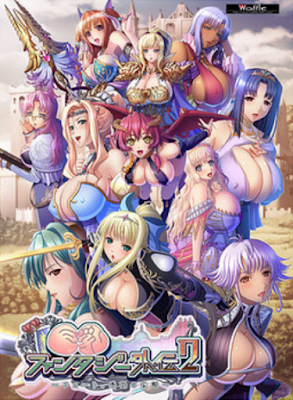 Set 5 years after the events of Kyonyuu Fantasy Gaiden, the story begins in the Kingdom of Hillsland, now sadly a shadow of its glorious days under the rule of King Ruin Demedium more than a century and a half ago. In the midst of the kingdom’s troubles with the kingdom of Fronce an amnesiac masked man with red hair washes up near a harbor. Unfortunately for him, upon entering town the masked man discovers too late that aside from memories he’s also lacking clothes and is quickly arrested by the authorities. Soon after his incarceration the man, taking the name Mask for lack of anything else , is given a chance at pardon (along with a group of imprisoned mermen pirates) in exchange for defeating a monster that has taken up residence in Boinbara’s castle. Meanwhile in the kingdom of Edellant, King Lute Hende has been apparently bedridden for nearly a month with none save the queens and his advisors having seen him since this sudden onset of illness… 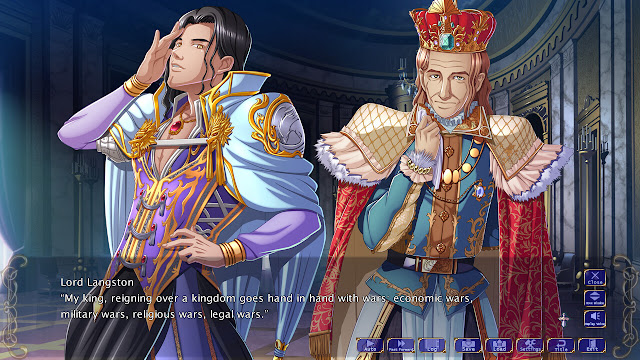 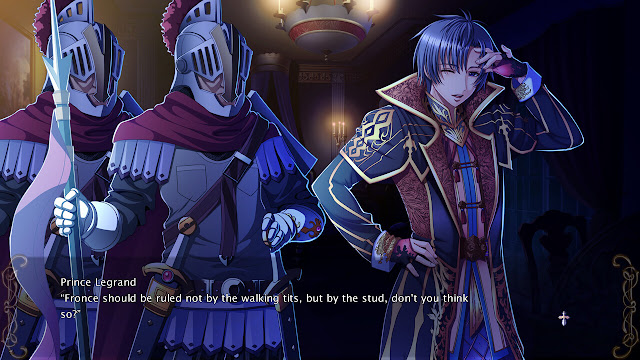